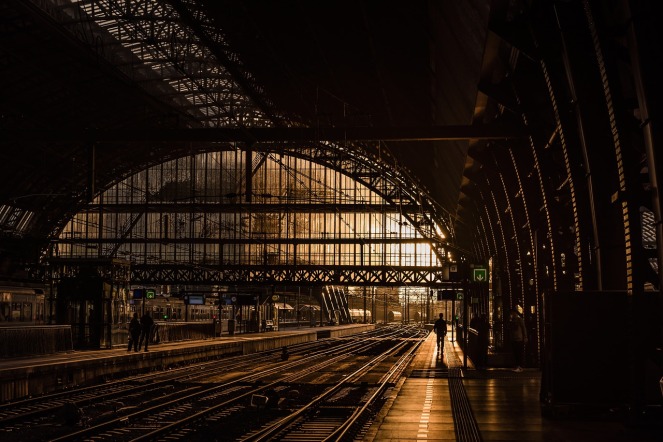 Mummy, wheres Dad? Did he leave for work already?
I have no idea , Plum, he probably had a story to write. Hell be back though, you know your father.
I hate lying to my daughter, always making up stories to cover her fathers tracks. This time Chaice, I have no idea what to tell her. You cant just keep disappearing and hoping shell accept the hundredth teddy bear and ice-cream bucket.
Its enough Chaice.
When you come home this time I will give you a piece of my mind. Im drowning in duties and Plum is having terrible night scares saying youre leaving her on a mountain and saying you want to jump. I never know how to console her, youre the one whos good with words. I miss you, miss having you around. I miss knowing your kisses taste like cinnamon tobacco and your hands smell like ink. You couldve at least said goodbye this time, we spoke about how important you saying goodbye was. But whenever that wretched man screams your name, you run to his feet. I know you owe him your life, and youre bound to him forever but Chaice you owe Plum your life too. Shes your flesh and blood, the bone of your bones and the strands of your hair. Shes your duty as much as shes mine. Chay come home.
Mummy, youre doing that thing again.
What thing my child? You observing mummy too closely again?
That thing where you mumble to yourself, staring at nothing. Im sure thats not normal, mummy, you should speak to me if somethings on your heart.
Plum, youre only 7, how exactly am I going to pour my heart into your delicate hands that just learned to tie shoe laces and braid her hair? Huh?
Ya ya .mama, I can make coffee too.
Lets get you ready for school , My Plumpie.

Our songs on the radio Aggie, Fast Car by Tracy Chapman. I had to mention this in the letter, good memories this song brings me. You remember the first time we heard it Aggie? It was the year we made our lovely plum. It was before we found out, you had all the signs, and we were just too in love to see it. I can tell you exactly when we heard it for the first time, we were driving from the carnival in Rotterdam going home to Leiden. It was late already, and you were singing along to the song playing before, Im sure it was the Carpenters-Close to you. You said youre mama used to sing it often. She loved that song… And then it played, the beautiful guitar intro so smooth. It sounded like a man was singing and we just kept silent, listening to the story of this amazing artist. She spoke to our hearts, her story was one we could relate to, as if she knew wed be sitting in our car that very evening, driving home. The closeness it brought to our love, the intimacy we felt after relating to a woman wed never even known, a song wed never even heard.
I had a feeling that I belong, I had a feeling that I could be someone, be someone, be someone.
Why that rubbish song be playing so loud, boy? You tryna burst my eardrums with nonsense?
No,Mr Poplum, it just carries amazing memories.
You havent gotten rest,boy. Its almost late afternoon
Ill be fine, Mr Poplum, I cant seem to dose off again since the last time, a bit shaken up by that poor woman who was killed. Ill be fine.
You worry for the both of us you stupid boy, Im going to get me some food and a woman. Dont lock me out of my fucking compartment ,okay?
Sure thing ,Mr Poplum.
Ahhh Aggie, how I long to have you close! Thinking about that night makes me yearn for your heart against mine. We made the best love that evening, after the song played, you remember? It gave us such a longing to never separate. You made me stop the car with the look you gave me. Our hearts were sewn together that night, from the string of sadness and determination that we wouldnt end up like Tracy, I wouldnt be a drunk, and you wouldnt be hurt. Well Aggie at least Im not a drunk. I know youre hurt though. But I pray my love can be seen through all the hurt. I hope you understand why Im doing this to you and Plum.

ALL PASSENGERS TO DISEMBARK THE TRAIN AS WE HAVE ARRIVED IN AMSTERDAM.
Oh my God. Theres a dead man in one of the carriages. He hung himself. I found him while cleaning the compartments.
Call the police, immediately.
Was there anyone in there with him?
No , officer, he was alone. All that was left was one briefcase, not much inside. Oh and there was something else, an envelope.
Thank you, maam. May we please get all the passengers off the train, and may no one else be allowed to enter into this compartment.
I never know why people commit suicide. Its a silly act. Ive had so many incidents over the past 10 days. Maybe its the drawing near of winter. All our officers have witnessed suicides lately. I guess it was bound for me to get this case. A sort of crazy fate. This one is a special case though. He was a Heroin and Opium addict. Crazy man. Also seems to be a writer or some sort of thing. Unstable people writers are, Always doing stupid things, allowing their emotions to get the better of them. Hes a handsome fellow too, all you can smell in this damn compartment is smack and cinnamon. Fucking peculiar case this one. I wonder why he did it. Better get this body off this train.

Well, Officer Stan, what was the call from the train station about?
Captain yet another suicide. Can you fucking believe it, these people are depressed. A writer this time, and another lady got murdered on the train. The craziest thing though is the writers prints are all over the knife that killed the carriage attendant. Psycho man he was, but they traced heroin in his blood, must have been smacked when he did it. Let me finish up these documents before I knock off.
Thats so odd , Officer Stan. He was alone?
Yes , Captain. By himself, the people in the carriage next to him said they heard him talking to someone, a Mr Poplum apparently. But when they peeped into the carriage he was alone. Seems he was a real crazy head. Weirdest part of it all, he left a letter, addressed to his wife. She stays up in Leiden. Ill have it delivered first thing in the morning , Captain.

*DEATHLY TRAIN RIDES, READ ALL ABOUT IT*
Hey, mama, did you hear that? Something about two people dying on a train. A man and a woman.
That seems unpleasant my, Plumpie. I hope their families are alright.
You think they were married mama? Maybe they wanted to be Romeo and Juliet? You wanna get the paper mama?
Okay Plumpie, now that you have me asking all these questions, run over to Oliver and ask him for the paper, Here take some coins from my purse.
Okay,Mama.
*TWO BODIES FOUND DEAD ON THE TRAIN TO AMSTERDAM, WHICH DEPARTED FROM LEIDEN STATION AT MIDNIGHT ON FRIDAY THE 17TH OF MAY. THE BODIES WERE DISCOVERED IN AMSTERDAM ON THE MORNING OF THE 19TH OF MAY WHEN THE TRAIN REACHED ITS FINAL STOP. THERE SEEMS TO BE A CONNECTION BETWEEN BOTH DEATHS, AS THE MALE IS A POSSIBLE SUSPECT OF THE MURDER OF THE WOMAN. NO NAMES WILL BE DISCLOSED AT THIS TIME.*
Wow,mama, people in this world are so sad. I wonder why the man did it. Maybe he knew the lady? Maybe she tried to kill him first? Or maybe he thought she was someone else. They say the man was crazy you know…
ENOUGH, PLUM! No more about that morbid story. It makes me sick to my stomach.
Geez, mama, I was just using my imagination.
Im sorry, Plum, its just a sad story. The reality of the world we live in. Lets get home okay?
Sorry, mama, I agree. This cold calls for my pancakes.
Haha, Plum, you mean my pancakes that you pretend you make by yourself.
Mum. You were supposed to go along with it, Just like Daddy does.
Plum, come down your pancakes are done. Check the post box for, mama, too please.
Okay, mama…
You see anything in the box, Plum? Get in here. Its freezing out there.
Theres a letter to you mama, the kind you see in the movies with a pretty stamp.
Let me see, Plum.

All I remember from that evening was my mother sinking to the floor with a pain I couldnt even compare to childbirth. She had cried for 7 days straight. I eventually read the later, and the terrible horror that I had been so far away from dwelled in the walls of my home. She retracted into a shell from which she never returned. She never got married like he said and she never let go. He killed her the moment he kicked away the box. His words cut her throat and watched her bleed.
I can never describe the loss of my best friend, I wished I couldve spent more time with my dad. But it was all the time I got with him. He never came back from the last time he left. He will never be back. Every year it became more real to us. Even when we tried to pretend he was, or he didnt matter. He did, he always would.
I could never write that letter to him. All I have to say if he could ever hear my voice again would be that… Daddy, you taught me how to love. You taught me that I could personify anything, just like you did with Mr Poplum, which was smart by the way. I know you love mummy and me. I also know you never meant to kill that woman, the heroin did that. Ive started writing. I did that story you spoke about, with the little girl from Peru. I Love you Daddy. And All I long to hear in return is I love you millions my Plumpie.
I lost both my parents that night. Both could never return. One physically and the other emotionally.

As a writer, inspiration comes from odd places sometimes. My inspiration to write Letters of Life came from a picture I saw on a blog and the story began to write itself. Each character has a special place in my heart and I hope it has moved you in some or other way.

As you know, I have worked with her more than a couple of times there is more coming from us in the future.
I hope you loved this story because I was blown away by it.

“I see nothing in your eyes, and the more I see the less I like.” – Breaking Benjamin ‘Breath’

2 thoughts on “Short Stories to Contemplate #6: Letters of Life by Lauren Pillay”